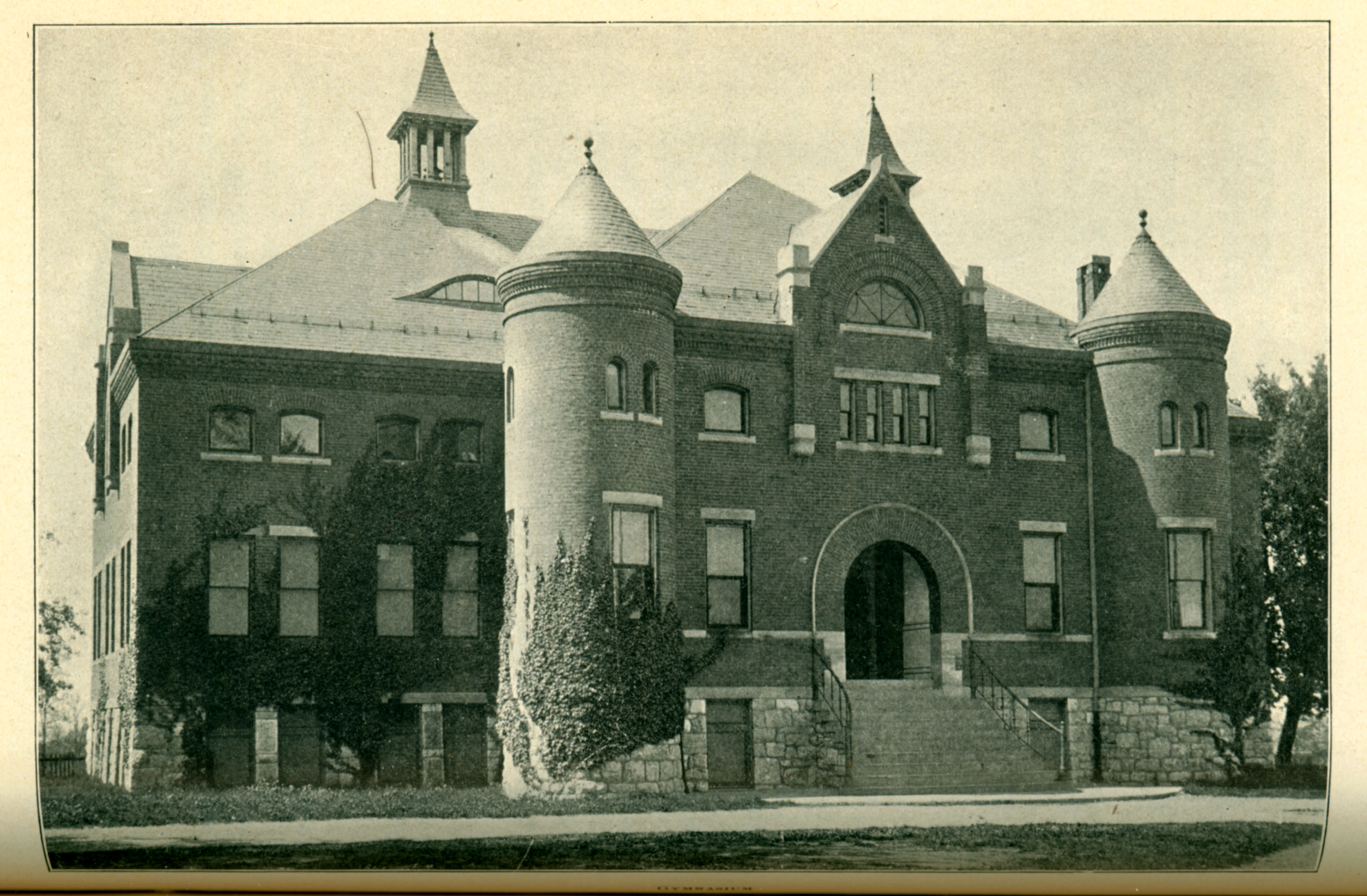 Though Stewart Hall opened in 1894, it did not receive that name until 1950, when it was dedicated to former faculty members John Keats Stewart and Harriet Wylie Stewart. In 1894, the new gymnasium was viewed with pride. It was seen as "one of the finest and most modern of its time, thoroughly quipped with apparatus, including an indoor track." The gymnasium would have "the finest apparatus manufactured by the Narragansett Machine Co." Years later, in 1937, ground was broken for the new Alumni Gymnasium. With the coming of the new gymnasium, which was completed in 1940, the "Old Gym" began to see different activity. It still hosted athletic events, such as intramural basketball games, but it also was used by workmen for storage and temporarily as a boy's dorm.

The Old Gym was remodeled in 1949, for $29,000, as a student recreation hall. New features included a game room, a girls' lounge, a conference room, up-to-date restrooms, a small kitchen, a vending machine room, a new entrance, new hallways, and a new maple floor for the gymnasium. After the remodeling, the building was named for husband and wife John Keats and Harriet Wylie Stewart. An Alumni Room upstairs, to be used for social gatherings for students, alumni, and committees, was furnished in their memory.

The Stewarts served Shippensburg University for a combined total of sixty-seven years. Mrs. Stewart, who graduated from the Cumberland Valley State Normal School in 1893, taught for thirty-two years, from 1904 to 1936. Her Normal School career began at the Normal School's model school, where she started as an assistant. After five years there, she began teaching history at the Normal School and later became head of the department. She received a Master's degree from Pennsylvania State University and began work on a doctorate. She passed away in January 1936 of pneumonia.

Mr. Stewart served on the faculty from 1906 to 1941, for thirty-five years. He primarily taught Latin and classical literature. He received his training from Susquehanna Collegiate Institute and Lafayette College and taught Latin and Greek for seven years before going to the Normal School's classical language department. He was often asked to speak at functions and avidly followed the school's sports teams. He taught until his passing in November 1941. Nine years later, Stewart Hall was named in honor of him and his wife, remembering their dedication and service to the school and perpetuating their memory.

View images of Stewart Hall in our Google Photos album.