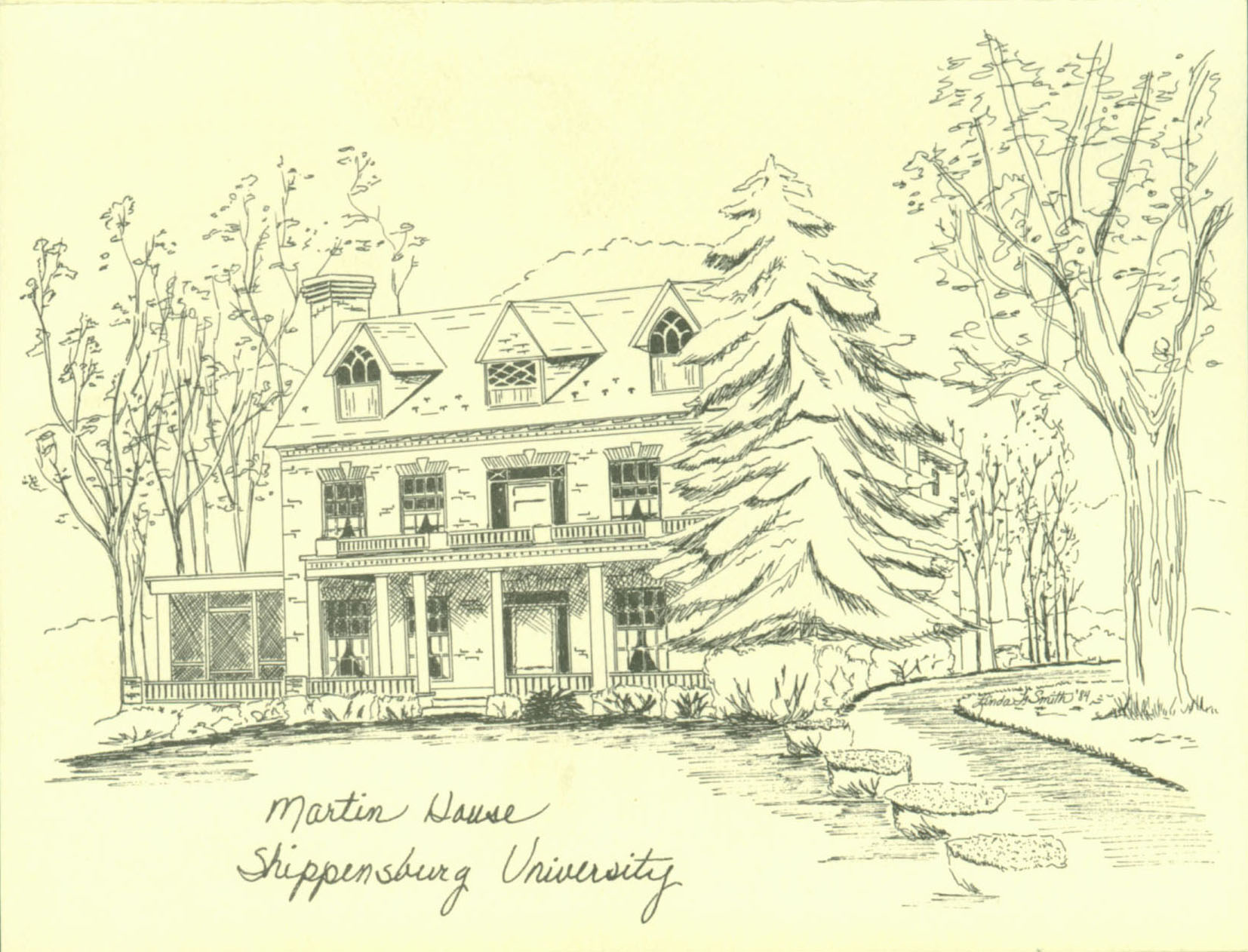 The construction of Martin House began on the grounds of the Cumberland Valley State Normal School in 1907 under the guidance of Dr. Samuel Martin. Martin House was the fourth building constructed out of the original five buildings on campus: Old Main, 1870; Stewart Hall, 1893; Horton Hall, 1895; Martin House, 1907; and Gilbert Hall, 1911, which in 1985 were honored by being placed on the National Register of Historic Places.

The committee responsible for the house's finances held several special meetings to discuss prerequisites for the home's construction. In July 1907 a decision was made not to allow expenses to exceed $6,000. Architect Maurice Rhoads of Chambersburg submitted a design proposal at a cost of $6,009.  His design called for a 2-1/2 story brick Classic Revival structure which incorporated a modillion cornice, keystone, flat arches, 12-to-1 sash relations, end chimney, and large front porch with a wooden balustrade along the roof. The cherry wood for the home would be acquired from Dr. Martin's property in Canonsburg. Oddly enough, in later records it appears the committee did exceed the proposed amount by nearly $3,000. On September 20, 1907 the committee purchased land from J.M. Smith at a cost of $1,100 to build the home.

There have been few exterior changes to the house over the years. These changes have included the removal of the Classical urns that originally decorated the front porch balustrades, the shortening of a kitchen window, and the addition of a second-story porch on the rear wing's south side. In the 1930s the three-stall brick garage was added to the north side of the dwelling.

The Martin House received official name declaration during a Shippensburg State College Board of Trustees meeting in June 1982.

In 1983 the house celebrated its 75th anniversary by hosting a Strawberry Social on Normal Hill, which drew a record crowd of 200.

Residents of the Martin House

The information gathered in this pamphlet was obtained from the collection of document and research material of Dr. Rupert Charles Loucks. Dr. Loucks was instrumental in the planning process of the 75th anniversary celebration in 1983, and in having the original five buildings on the campus of Shippensburg University added to the National Register of Historic Places. His passion in preserving and protecting the original integrity of these buildings is extraordinary, and this project would have been impossible without his assistance.

Original brochure researched and designed by students in Dr. John Bloom's Fall 2008 HIS 413 Pennsylvania History class. The information has been updated as needed.