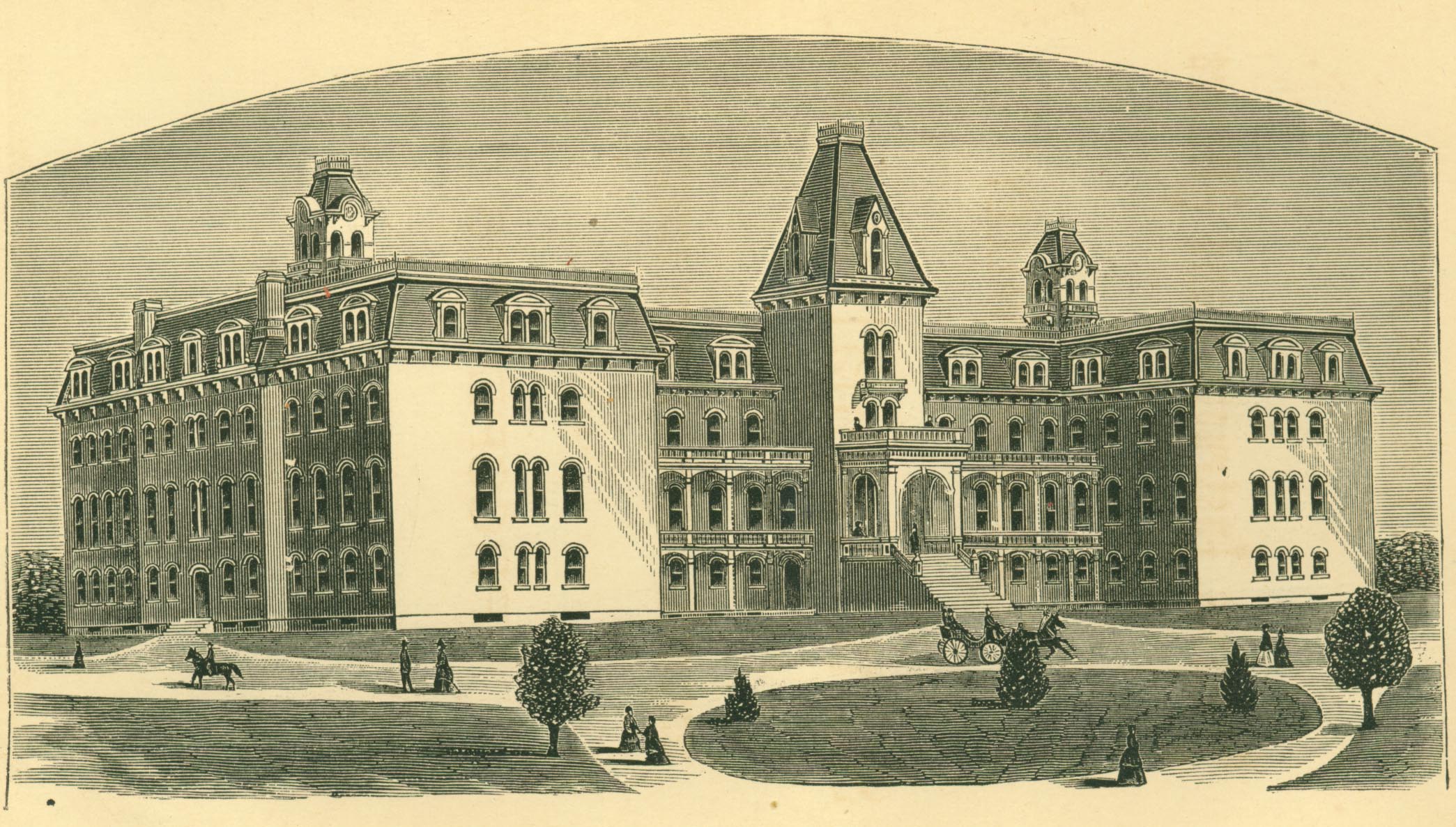 When Shippensburg University was founded as the Cumberland Valley State Normal School in the late-19th century, it had only one building - Old Main. Built in 1870 for $102,000 by Samuel Sloan, Old Main housed the entire campus infrastructure including dorm rooms, classrooms, the library, and chapel. Today, the campus has 14 dining locations, 6 resident halls, and 2 libraries.

Starting in 1894, Old Main underwent its first set of renovations in order to heighten the Mansard Cap. Architectural features including garland molding, twin cupolas, and fans and portal windows were added. In 1896, the Foundation was built in front of Old Main. The Fountain continues to be an iconic campus landmark. In 1902 the chapel underwent an expansion and received stained glass windows. The library was tucked behind the chapel's stage area until a separate library was built in 1932. The chapel temporarily went unused once Memorial Auditorium was built in the 1950s. The chapel was transformed into administrative offices, but later returned to its former glory.

This was made possible thanks to the University's first Capital Campaign in 1983. While extensive work was done to ensure the safety and accessibility of the building, Old Main retained its original architecture. Today, Old Main contains administrative offices for Financial Aid, Admissions, the Registrar, Academic Services, Residence Life, and the President's Office as well as the Century Cafe.