This guide archives the exhibits and displays which Lehman Library has provided to the campus in recent years. 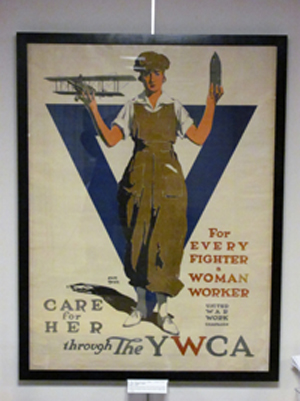 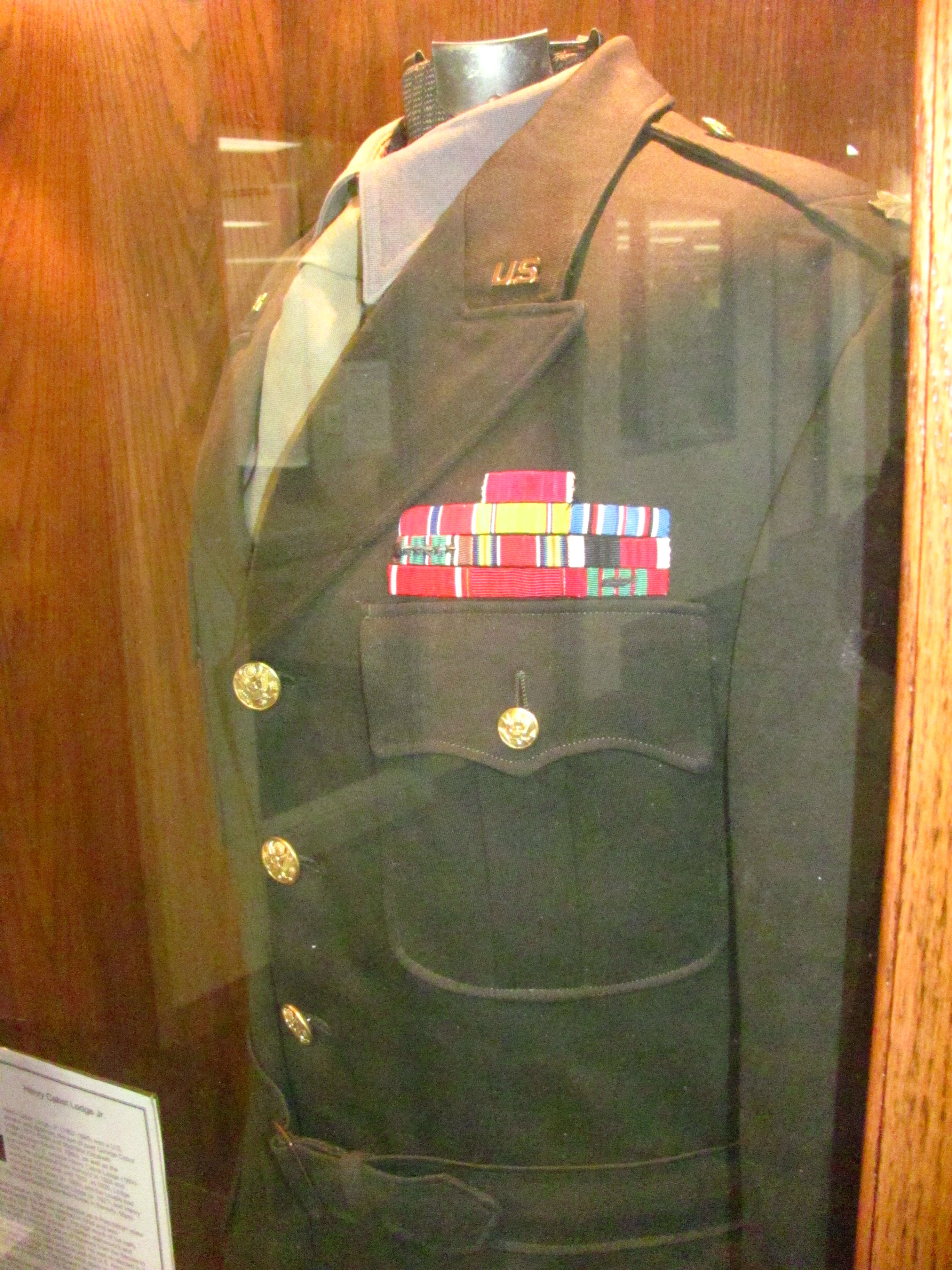 Henry Cabot Lodge, Jr. was a Republican US Senator from Massachusetts and a US Ambassor.  He was the Republican nominee for Vice President in 1960. Lodge served with distinction during WW II, rising to the rank of Lieutenant Colonel. During the war he saw two tours of duty: The first in 1942, while also serving as a U.S. Senator, and the second in 1944-45 after resigning from the Senate. The dress uniform on display belonged to Lodge during his second term of duty. 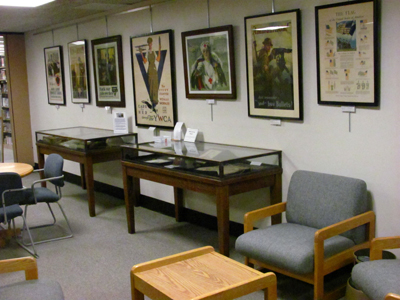 This exhibit includes a variety of articfacts from World War I, including posters, uniforms, medals, etc.

Since age 10 Tim has been collecting military items and other historical artifacts.  He maintains a sizable collection in Mechanicsburg PA with artifacts which span from the Civil War to present day.  Special areas of Interest within Tim’s Collection Include WWII divisional painted helmets, and War Bond posters.

Since his return from Iraq in 2005, Tim has attended Shippensburg University of Pennsylvania as a Political Science major.  Tim is a Co-Founder the Student Veterans of America Chapter at Shippensburg University of Pennsylvania. The chapter now assists future, present, and former military personnel attending the university through a veteran's resource center, family support group, and an active veteran's advisory board.  Tim has served as the Vice President of the organization since its founding.

Tim is also an active member of the National Political Science Honor Society Pi Sigma Alpha, The National Historical Honor Society Phi Alpha Theta, The Shippensburg University Community Judicial Board, The Shippensburg Historical Society, and life member of the Veterans of Foreign Wars.  Upon completion of his Bachelor's degree in May 2011, Tim will join the work force, and pursue a Masters Degree in International Relations.