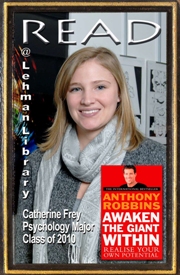 When I first read Awaken the Giant Within by Anthony Robbins I was captivated by its message. My best friend who is serving in Iraq suggested the book while I was going through a difficult time. The book provides a powerful message that the potentiality for one's personal success lies within the psychic of that person. Anthony Robbins provides readers with a framework for success. I learned that success was not about how much money a person made. Success is living a lifestyle that causes you to feel a ton of pleasure and very little pain. In order to achieve success I must take control of my consistent actions, hold myself accountable, stay motivated, and focus on the things that provide me unbridled joy and long-lasting fulfillment. For me, Anthony Robbins' book created a belief system that gave me the ability to take any experience of my life and create a meaning that empowered me. Awaken the Giant Within restored my passion and provided me with the skills to achieve my fullest potential.

"Live life fully while you're here. Experience everything. Take care of yourself and your friends. Have fun, be crazy, be weird. Go out and screw up! You're going to anyway, so you might as well enjoy the process. Take the opportunity to learn from your mistakes: find the cause of your problem and eliminate it. Don't try to be perfect; just be an excellent example of being human."
- Anthony Robbins 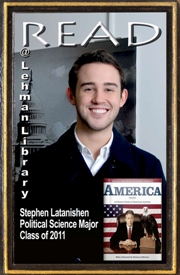 In reading America (the book) my sophomore year of high school, I realized that politics was something I was truly passionate about. Jon Stewart's unbelievably cynical but prescient analysis of American Democracy was a striking parallel to my American History textbook, and while I found it rip-roaringly entertaining, I was disheartened in knowing that many of the tongue-in-cheek sketches outlined in the book were minor exaggerations of the current state of our political discourse. From the moment I put down that book I started counting down the days until I could vote. Since its publication in 2004 Jon Stewart's opinion and those of his politico-satirical cohorts has only grown in stature. His insight into our national consciousness is biting, not just in its merciless lampoonery of our leaders, but in its strong rooting in truth. Jon Stewart has become, in the ultimate irony, the most trusted journalist in America, and America (the book) provides 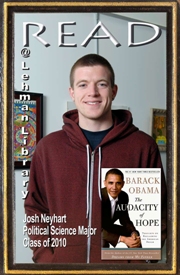 I chose President Barack Obama's The Audacity of Hope as my book of choice. He wrote it prior to announcing his candidacy for President in 2006 after his first year in the Senate. The attention the book and then Senator Obama received during his short book tour played a big part in his decision to run for the Democratic nomination for President. I was interested in reading it not simply because I share many common political views with Mr. Obama, but because of the praise the book received from people across the political spectrum. The book is important for more than the obvious reason that it was written by our current President. It's important because in the book Mr. Obama speaks about a broad range of issues and ideas current to American politics and the American way of life. He sheds the voice of divisive and polarizing politics to look deeper in the issues, while at the same time not selling out on his beliefs. It's a great read that would leave any person of any background and belief filled with hope that our country can be a great place and that honest and extraordinary politicians do exist who do put the people before themselves in the hopes of making American a more prosperous country.