Early History of the U.S. 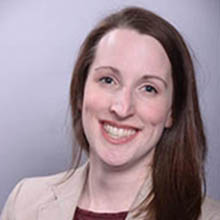 HIS201 - Early History of the US - Dieterich-Ward

This guide was designed to help you complete your online exhibit in Omeka. For additional assistance, contact Christy Fic, cmfic@ship.edu.

The term "meta" comes from the Greek for "alongside" or "with". Over time, "meta" was also used to denote something transcendental, or beyond nature. "Meta-data", then, is "data about data", such as the contents of catalogs, inventories, etc. Since the 1990s, "metadata" denotes machine-readable descriptions of things, most commonly in the context of the Web. The structured descriptions of metadata help find relevant resources in the undifferentiated masses of data available online. Anything of interest can be described with metadata, from book collections to football leagues. Describing different types of resources requires different types of metadata and metadata standards.

In the mid 1990s Dublin Core started with the idea of "core metadata" for simple and generic description of electronic resources. An international, cross-disciplinary group of professionals from librarianship, computer science, text encoding and museum community, and other related fields of scholarship and practice developed such a core standard – the fifteen Dublin Core elements. But this was just the first steps – since then the scope of Dublin Core metadata was broadened from "electronic resources" to encompass, in principle, any object that can be identified, wether electronic, real-world, or conceptual, and particularly including resources of the sort named in the DCMI Type Vocabulary.

Creating an Exhibit in Omeka

Your exhibit will be built around an item from the SU Fashion Archives & Museum collection. You must add and describe items before you design your exhibit. Describe items using Dublin Core. Fill out as many fields as you can. At minimum, you must use these fields:

You will be contributing to a class exhibit. Your primary focus will be on a single page.

Your page will be comprised of blocks. There are several types:

Writing for a General Audience